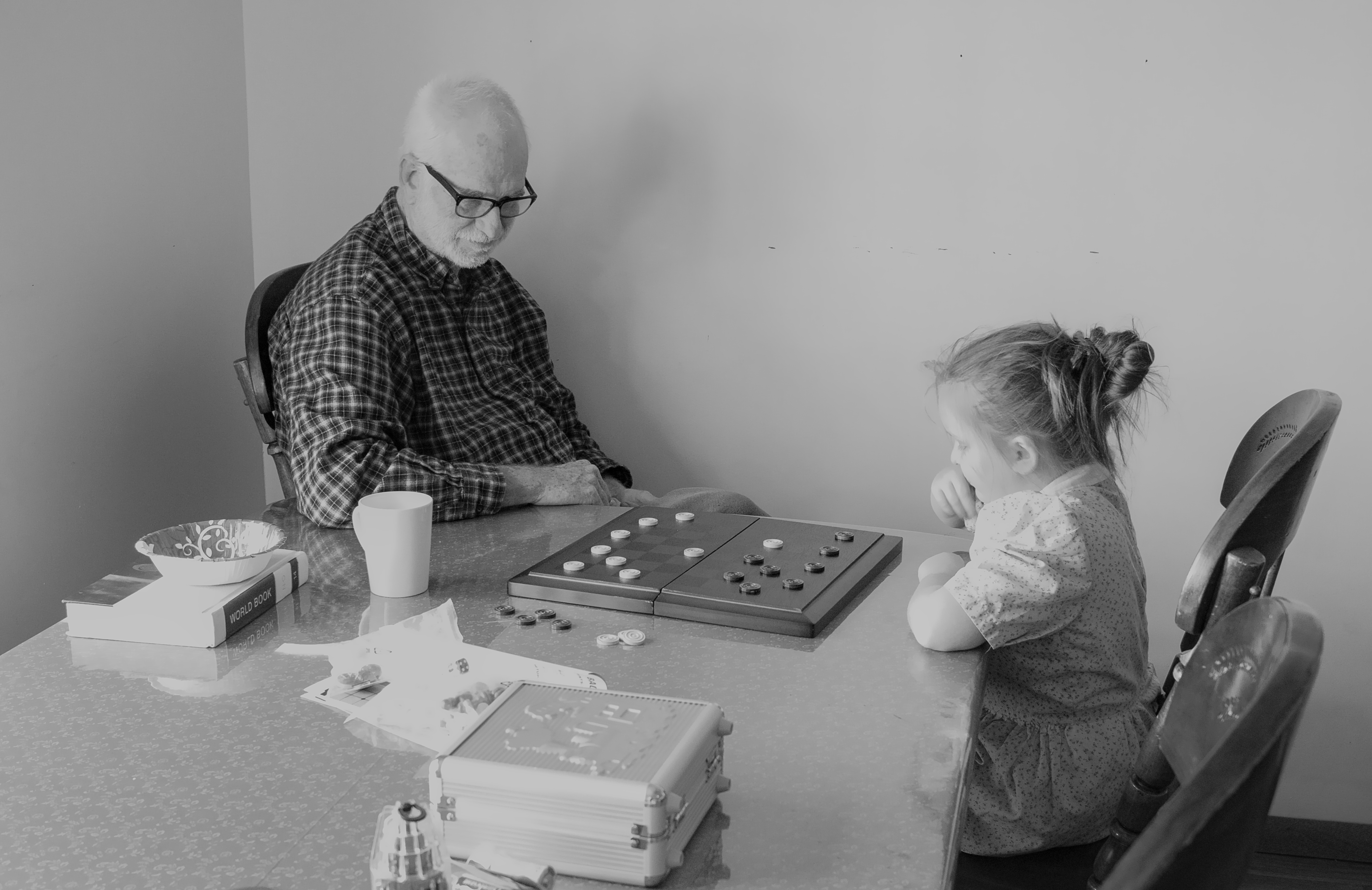 Many political scientists in this decade are wrestling with the notion that America’s hegemonic power is in sharp decline or completely stagnant. With the current state of the nation and the many problems that have resulted from the irresponsibility of its actions, the strength of the hegemony of the United States is undoubtedly waning. We can make several observations ranging from all different aspects that show that the hegemonic force of the United States is beyond repair and will not be resurrected. Although the desperate struggles of the United States government to demonstrate its unwillingness to accept the fact are admirable and at some points not without good intention, the American hegemonic power is outdated and broken.

In the early 1950s, the United States came to power as the world’s elite hegemonic power. After World War II, the major economic powers had to go to great lengths in their own pockets to pay the retribution of the war and rebuild devastated countries and economies. England, France, Germany, and Japan were on the brink of total destruction at this time, and the United States used this to their advantage. Despite the fact that the United States participated in the war itself, the extent of the battles never reached the continent, keeping the nation’s infrastructure intact. This incredible power continued from the 1950s to the late 1970s. In this era, the Bretton Woods agreement made the USD the center of the global economy and became the official internationally traded currency by default. The USD was the only currency that could be created to a large extent and kept the faith of foreign investors due to its value and versatility in the world market (Krasner 187). The world’s top ten banks were US-owned, making the United States the world’s largest creditor. The United States was the number one destination for foreign direct investment and during these two decades the United States was also able to sustain the highest level of growth in its economy (Bartilow Conference). These characteristics made the United States the undisputed hegemonic state of the world at that time. Almost all financial decisions made regarding international trade were made through the United States. The United States also established several regimes: the GATT (the General Agreement on Tariffs and Trade, now WTO), the International Monetary Fund (IMF), and a host of other international regimes affiliated with the United Nations (Lake 121).

As the effects of World War II began to wear off, the United States slowly lost the drastic power gap it enjoyed. From the 1960s to the mid-1970s, countries such as Japan, the former Soviet Union, and what was then West Germany increased their military and financial capabilities at a higher rate than the United States. This causes the first dilemma when we explore the hegemonic decline of the United States, because the hegemon must be very powerful relative to other states to retain its power (Krasner 185). America’s world power status since the early 1980s has been in a steady recession. Currently, the US dollar is relatively weak compared to the currencies of the world’s major trading partners. This makes it more difficult to make a credible argument as to why the USD should remain the default trading currency when others have a much better argument for taking the title, such as the EU euro (EUR) or the Japanese yen (¥ ). The United States has grown from the world’s largest creditor to the world’s largest debtor. This has led to one of the most significant reductions in American power. It is very difficult to maintain hegemony when you are bound to other nations due to borrowed money instead of having other nations bound to you. This significantly limits your options when it comes to implementing a world policy that would give you certain advantages. Since 1986, the US balance of payments has been highly uneven when the United States began to import more than export, representing the beginning of the massive deficit that the US government is now grappling with (Krasner 189). More recently, the United States has been plagued by an overwhelming number of recurring crises that have put economic growth in a depression and the vast problems stemming from the current banking collapse. Certainly, it would appear that the United States is lagging behind in financial performance due to poor past policy construction that made the United States the economic power that it was.

The scope of these problems does not stop only in the pending economic crisis. The United States is losing significant advantages in education, infrastructure, innovation, and healthcare. For most of the 19th and 20th centuries, the US was lecturing far more students with PhDs than any other nation could come close to. Now, the US leadership in that area of ​​focus has been significantly reduced and with current trends in the US education system, the first place in the production of doctorates in favor of EE will soon cease to exist. This could be a direct result due to the fact that the United States is no longer home to the world’s most advanced and recognized higher education facilities, certainly lagging behind European and Asian universities. With respect to secondary education, the United States is experiencing a record number of young people who are illiterate and / or drop out of school altogether. The European and Asian systems for educating their young people are now proving far superior to the outdated and underfunded forms of the American system (Bartilow Conference).
In the military, innovation and healthcare realms, there are problems that also continue to quickly spiral out of control. While US military might remains unique, the events of September 11 demonstrated that there are still ways to strike within the country’s borders, later the US response to those acts made the hegemony appear weaker. never. Powerful foreign nations are rapidly improving military capabilities and can sustain a smaller and more profitable force than the larger and more extended US military. More than 45 million Americans remain without health care. Unhealthy and untreated Americans cannot work because they are home sick or injured, not forgetting that the US is also home to one of the least healthy fast food diets in the world. These two separate problems do not mix well in the long run, when most of the technological and medical innovation is taking place elsewhere in the world, posing a serious financial burden when medical care will soon be imported and also causing major problems. for the current sick generation of America who will yearn for medical treatment.

However, we can learn from the hegemonic states of the past, all of which withered over time, just as the American is doing today. Britain was perhaps the last true hegemon before the United States. In 1890, the collapse of his empire had just begun. David A. Lake’s research on the subject is a work that needs to be scrutinized largely because of the illustrious similarities between the British recession into retirement and that of the United States as well. For much of the 19th century, Britain dominated in the same fields that the United States did in the 1950s through the late 1970s. Soon after, in the late 19th century, the United States and Germany adopted a protectionist system for planting. its economic seeds and soon after surpassed British industries and capabilities. Britain’s industrial base collapsed and forced them to invest heavily in the service, transport and insurance sectors of the economy just to break even when it came to balance of payments statistics. For the time being, the British were able to continue with the pound as the dominant world currency. The fragile system was already on the thinnest ice when World War I confused the weak British economy (Lake 122). At the time of Great Britain’s reign of power, they also carried out operations to fully open up and liberalize the world economy. This resulted in brief and substantial economic abundance, but eventually the struggles to remain a power strong enough to be considered absolute hegemony faded. Hegemonic powers are only sustainable during periods of constant economic growth. When growth ceases to be the complete and absolute state of the economic functionality of hegemony, power ceases to be coherent. We see this to be the case in Great Britain, as other world powers emerged and caught up in terms of economic status and influence, the British power that was wielded was much more explicit and coercive, just as it was during the era American hegemonic under the presidency. Nixon (Lake 121). It is safe to say that the United States is on the same path that will eventually end up being the ultimate dethronement of the American empire and its hegemonic capabilities. If you think about all the complications that the United States is experiencing at this very moment in terms of obvious financial and other difficulties in the areas of education, technological innovation and health, respectively. Other nations have clearly begun their own recovery phase and are hampering American power as we speak. The irony between the situations that led to the collapse of the British hegemonic state and the current burdens being imposed on a disdainful American hegemony is too similar to be a coincidence. It took the disaster of the First World War to finally destabilize the British hegemony and the United States is in a great crisis from experiencing the same fate (Bartilow Conference).

Since the loss of British power, it is noted that Great Britain could never rise again to regain the hegemonic position. This can go on to show us what the American empire will be like in fifty years. The United States will have to become much more of a team player in the new world economy after realizing impossible responsibilities as a hegemonic power. As the international economic system has continued to transform, it does not appear that another hegemonic state will rise anyway. The playing field is the same on almost all fronts between the world’s superpowers and in terms of transportation and advanced communication there is hardly any secret information when it comes to technological innovation. As for the United States, the elements that brought the United States to hegemonic power are vastly outdated and literally impossible to recreate in the absence of a World War II and, due to the increasingly interconnected world economy, it would be even more impossible for the United States. America to experience another world war with its weak public and private domestic sectors, a flimsy currency when compared to others, and no real way to make goods for export with an ever-growing uneducated workforce.

Note: All information from Dr. Bartilow’s lectures was taken from the sessions between 01.15.09 and 01.30.09.
Special Thanks: Dr. Stephen A, Krasner, Dr. Robert Lake, and Dr. Horace A. Bartilow